Ezra Miller as The Flash in Batman v Superman

Did you see Ezra Miller in Batman v Superman?

Is this The Flash?

…Or was he too fast for you!

We know that The Flash is mentioned and shown (or a speedster like The Flash) as we see the logo in the files that were stolen from Lex Luthor by Bruce Wayne.  We see the term “meta humans” which in The Flash TV series was a word made up by Cisco of Team Flash to categorise people with super powers.  But im sure we dont see his name as Barry Allen I was not watching the movie that closely.  So is this going to be based on The Flash from the TV series?

When we first see Barry Allen in The Flash TV show he looks like a skinny geek.  (In fact on Earth 2 in season 2 he looks even more geeky).  Over time we see him mature more and fit the role better.  But what about Ezra Miller?  He will be playing The Flash (or we are told) in the sequels to BVS.  Please excuse my crudeness but if you go by the picture above or others like it he looks more like a depressed loner who takes drugs.  But looks can be deceiving. 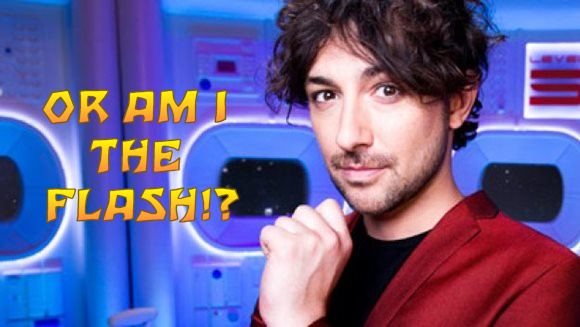 If you have been watching The Flash, in season 2 it gets really complicated.  As now we don’t just have time travel but also different Earth versions or parallel universes….   We know The Flash has yellow/orange sparks when moving, but in the Batman v Superman scene we see blue lightning and sparks (which are normally associated with Zoom).  Also in BVS Bruce was dreaming, as after the scene he is rudely awakened.  Prior to this Flash scene we see the nightmare vision of a evil Superman and his minions.  So it was all a dream then…  Or a vision, but when did Bruce/Batman ever have this power?  Batman (like Cisco in The Flash) does not have super powers to get visions.  So maybe this was something imposed on him, like how Professor Xavier in X-Men can do, pushing thoughts or visions.  This could even have been schemed by Darkseid or just a normal dream event.

We know The Flash can travel back in time and also to different Earths but its never been shown like this in The TV series.  In the TV series he makes a full jump/run into the new time or space. 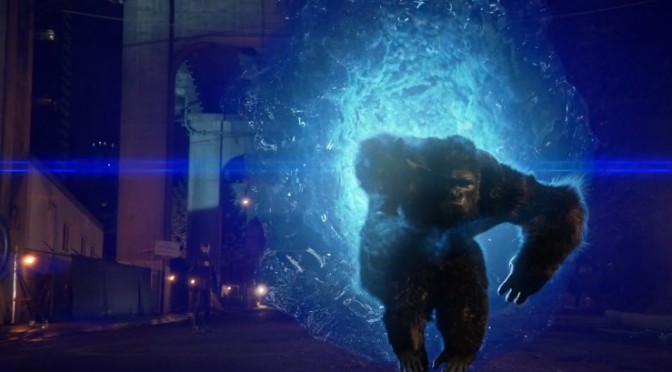 Breach or portal between worlds in The Flash

We have seen something similar to this in the TV series.  When there were those blue breaches between different Earths, sort of portals which could be used to travel.  However these were like those Star Gate portals which you used to simply travel from one space to another.  In Flash we see Zoom just about coming through one breach but then retreats back before it closes.

This then might explain why (if this was an actual event in the movie and not a Batman dream) The Flash can not fully pass through the breach.  It could be artificially created but they don’t have the means to maintain it so he has to give his message and go back.  Or he was trying to come through the breach/portal but someone/something else was stopping him and pulled him back, maybe Darkseid or someone who wants Superman to become evil?

The main points this scene raises: