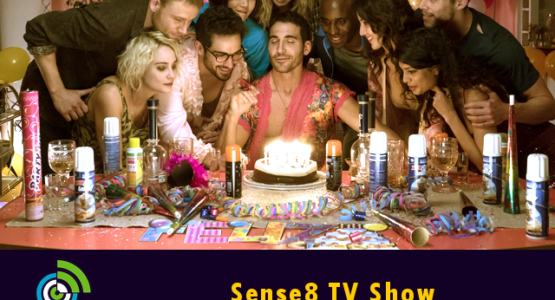 Created by Lana and Lilly Wachowski and J. Michael Straczynski for Netflix 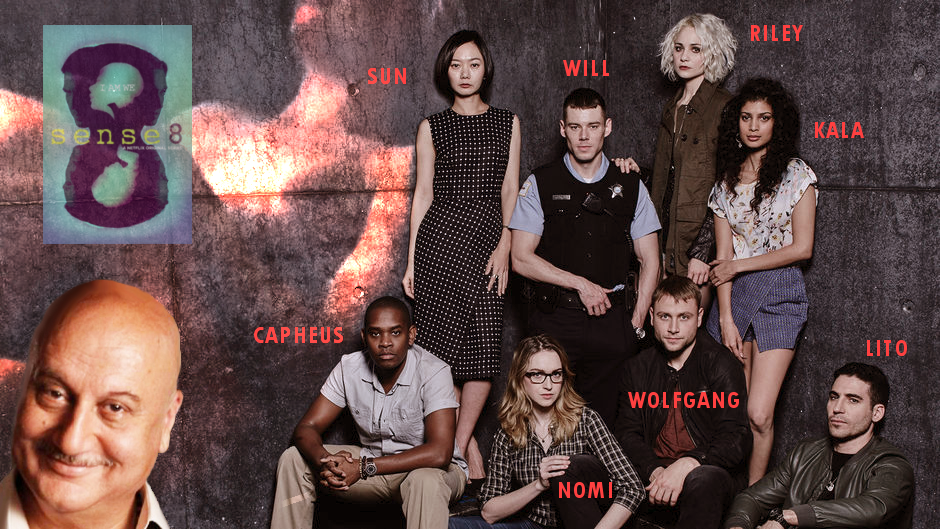 Sense8 is a TV show about 8 strangers in different parts of the world who come to realise they are very connected to each other and share thoughts, sense, language, emotions, visions and are able to talk to each other remotely (without tech that is!).  Over the episodes we realise someone is trying to kill them and how they are able to connect and work together to help each other combat and overcome their individual problems.  All 4 one and all 4 one takes on a whole new meaning with Sense8!

It gets better as you go along but the first episode or two i found sucked a bit, but there were a few things that then kept be interested.  To be be honest being asian and seeing Anupem Khair and scenes shot in India gave a bit of a surprise and made me want to watch more aswell as some of the characters.  in the first episode they tried bit too hard to introduce us to all the characters and it was all over the place and a bit too slow paced.  They should have developed one character at a time over several episodes, then brought them all together.

The concept is quite new and unique however the idea that they are all being hunted by some big corp for their abilities has been used over and over again.  We seen it in Heroes, Agents of Shield and lots more Tv shows and movies.

The orgy scenes were a bit too much as were the ‘gay’ scenes.  There will be people watching this as people used to watch new films many years ago and they fast forwarded or made big issues out of seeing nudity or even kissing.  I also know people reading this would think of views like this to be ‘hobophobic’ but there is a difference between being ‘tolerant’ (accepting that gay people exist and letting them live there lives without harrassing or persecuting them) and sitting and watching, soaking up full on gay sex scenes.  It really is not everyones cup of tea.  Some women would feel the same way about watching the lesbian sex scenes.  It was like mixing marmite (which lot of people dont like) with a nice vanilla sponge cake.

Do we need to see the graphic sex scenes to for example know that these two male characters were gay and loved each other?  Or that the two females were lesbians and loved each other?  There are less offensive ways of portraying this to the viewers.  I assume this series is then 18 rated. To be honest I would have enjoyed this TV show alot more without any of the sex scenes.  Because quite frankly if you want to see sex scenes and nudity..well you know where to go.

Sun provided the basis for a lot of anger filled martial art style fighting action which was great and sometimes even emotional to watch! 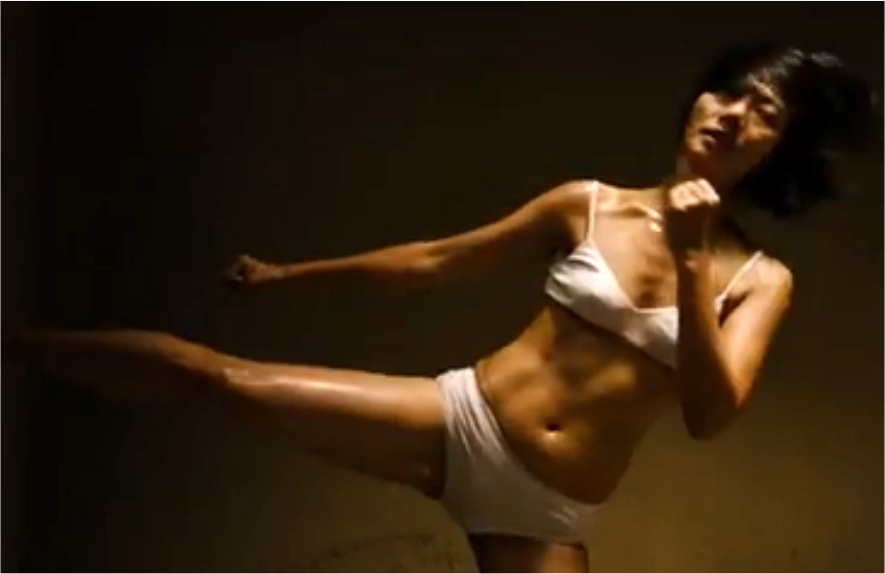 The character of Whispers reminded me of Snow from Hunger Games movies.  He did not really play it well and you dont really get to grips with him and his motives.  Is he really bad, evil, good, in between?  Who does he work for, why is hunting his own kind?  Also reminded me of the character Samuel L Jackson played in Jumper movie.

My favourite characters were Capheus and Wolfgang who were part of many of the action scenes, such as when Capheus takes down a whole gang of ‘bad guys’ on their own turf…Van Damn!  Also when Wolfgang defeats the bad guys chasing him and his friend in the season finale.

It was a bit if a shame to see so little of Daryl Hannah…im sure she would have entertained alot of viewers.  The character of Kala is also a bit intriguing in that she is probably the most ‘odd one out’  in terms of like being ‘tough’ she is like the baby of the cluster.  Maybe her role is playing the medic, which is beneficial to any squad.

With several big names in the show like Daryl and the guy from Matrix who plays the cops father, it would have been good to see a few more regular big names over the episodes.

Season 2 already on the road…
Wow at the 2 hour+ season 1 episode 1….it did seem to drag abit but was good to watch.  It doesnt really answer many question we have just raises more.

Get involved with Sense8 on social platforms: