Cisco Is The Batman and Thomas Wayne in Flash Season 3 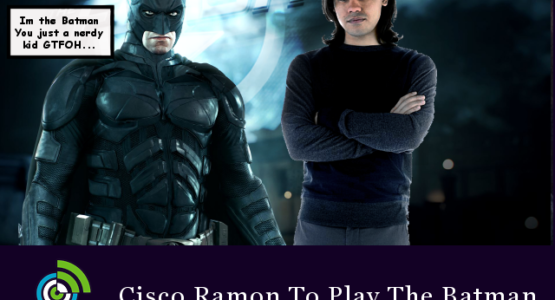 Thomas Wayne is the Batman in The Flash Season 3!

Wow this is a shocker for The Flash fans.  We are sure to see Batman in season 3 of the Flash this year.  But that’s not where the shockers stop.

In the altered timeline things have changed, now Bruce Wayne is no longer alive as he was killed in the alleyway instead of his parents.

Even more weirder Martha Thomas’s wife is the Joker.

We were shocked to hear that Cisco was going to play Thomas Wayne and Batman, as to me he doesnt really fit the role. In previous seasons he played the geeky scientist in Team Flash at Star Labs.  In Earth 2 he was known as the Vibe.  We were expecting Season 3 to develop Earth 1 Cisco into Vibe and see him use his new powers, but instead he will play Batman. 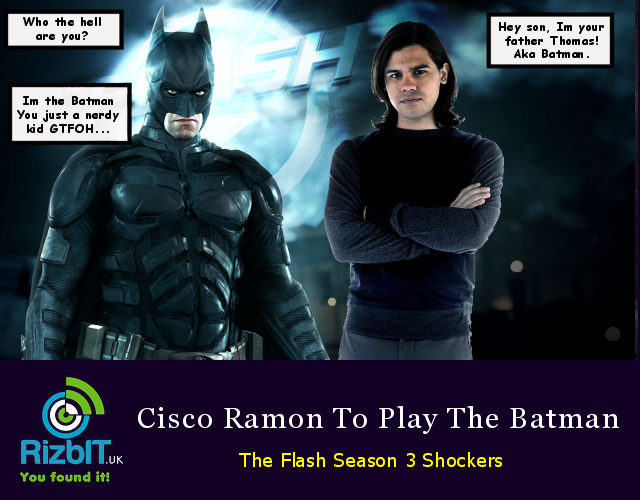 We are told that this version of Batman will be more ruthless, bordering on villainous.  It would seem the news of their son Bruce being killed had a very negative impact on the Waynes who are enacting revenge or chaos as a result.

We saw Cisco in Season 3 teaser trailer as a more confident flamboyant character, we now know this is the billionaire Thomas Wayne.  So there will be no Cisco in Star Labs a such and no Vibe unless they come via different Earths.

Would Thomas Wayne not have been much older.  Well anyway that is the news, let us know what you think.