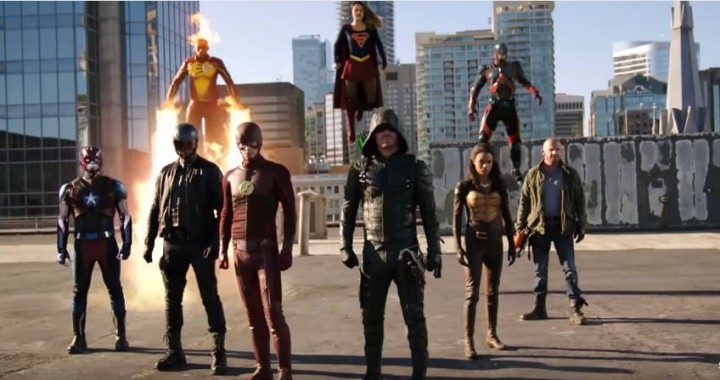 After what seemed like a long wait I finally managed to settle down to watch all 4 Heroes Vs Aliens crossover episodes back to back.

The first thing to do was to figure out in which order to watch them and finding the right episodes.  I dont watch Supergirl or Arrow so wasnt familiar with the episode progress.

First I watched Supergirl Episode called “Medusa”.  Quite surprisingly even thought i had not been following the series I was able to understand the episode storyline and got into it a little.  Nah im really not a Supergirl fan but hey I got to see Cyborg Superman in action.  I was into Smallville but that in my view was better produced and more realistic (if thats possible..).  But I was let down by the fact that this part of the crossover was very very short.  I had to watch an entire Supergirl episode to see a few seconds of crossover where Barry and Cisco travel through a portal to Supergirls Earth to try and find her to get help.

Im joking watching Supergirl wasnt that painful…It was ok.  I realised this is a girl power do…female orientated…In Smallville we had Lex Luthor and his evil father and here we have Lena Luthor and her evil mother…I realise Arrow, The Flash and Supergirl have a similar format which I guess was started by Smallville where Chloe Sullivan ran a kind of base of operations from the hi-tech Watch Tower.  In these newer shows we have a team based at a makeshift super hero HQ who support the Super Hero via state of the art tech.  Actually wait its like Batman’s hi-tech Bat Cave…But Batman worked alone…no Cisco there.

So we learn early on that something big is going down, but we are then taken back to the start of the events in The Flash episode “Invasion”.  The arrival of the Alien species in Star City is quite a surprise and without warning for me.  It also seems strange that The Dominators would arrive now and mainly due to Flashpoint.  The effects of Flashpoint are so severe that it seems like Barry will never live it down.  What we dont understand is that even Reverse Flash went back in time to kill Barry’s mother which means that he also changed the original Timeline where his mother didnt die.  So why were the Dominators not after Reverse Flash?  He must have also created a ‘Flashpoint’ no?

Well as with all time travel stories they dont always make sense but its just a TV show right, cant be spot on.

So we have a super team up of The Flash, SuperGirl, Legends of Tommorow and Arrow aswell as the ‘Geek Teams’ from The Flash and Arrow.  This is something never don ebefore so a really exciting time for DC Super Hero fans!

So the Dominators are an Alien force and not friendly, they have come to destroy the Meta Human scurge before they become the scurge of their planet. 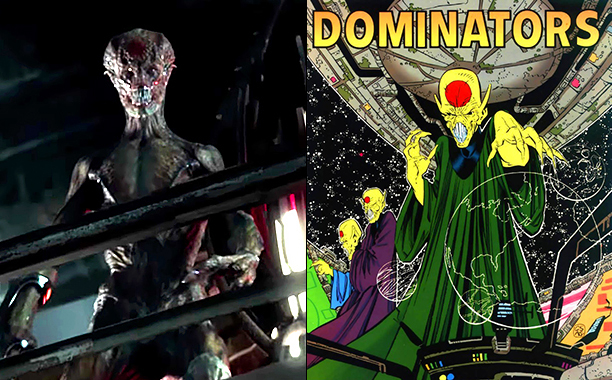 The advantages the Dominators have is their tech, there numbers, their size and mind control.  A good part of the show was seeing some of the super heroes under mind control fighting Arrow and The Flash.  It showed that Flash can actually take on Supergirl and the others, so really a powerful hero!  Another good thing was seeing the interactions of the different teams, Cisco seems to have fans.  With such big characters we are bound to have trouble.  Firstly theres tension between Supergirl and Heatwave.  Then one of Arrows team doesnt like Meta Humans (well until one saves his life).  They decide to put Barry in charge however theres a dilemma in that A message from a future Flash tells them not to trust The current Flash. 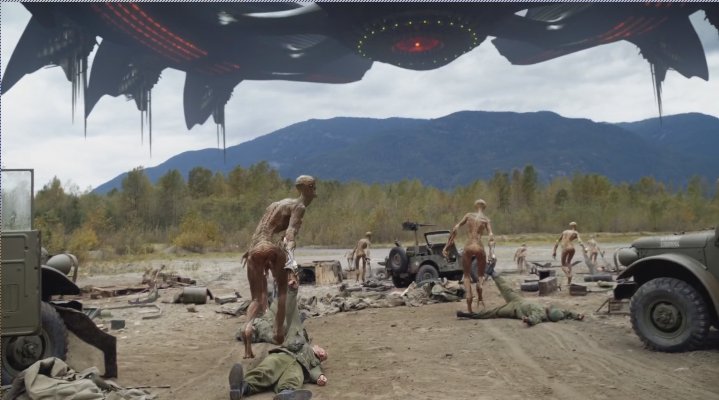 A President also dies in the fighting as he is used to lure the team of heroes into a trap set by the Dominators.  This results in a new female black president coming to power who then honours the heroes for their efforts in saving the city…but some of these guys are not even from this Earth or time…

They managed to pack alot of different things into the crossover but having 3 episodes (over 3 different shows) gave then the room to do this.  It made really good viewing and im sure viewers were left anxious and desperate to see the next episodes.  Alien abduction, Mind control, friendly fire, mind games, alient tech and several dilimas.

We see that Barry realises that its his fault and is willing to sacrifice himself to save everyone else.  But then we’d have no more Flash episodes right..so the rest of the team back him up and decide its better to take one the Aliens….Heroes Vs Aliens begins!

We see that Cisco is still upset at the loss of his brother and this comes up in several scenes which is one thing that upsets Barry.  Alot of the team have an issue with the effects of Flashpoint but its something they have to overcome in order to gain trust and work together.  Eventually Cisco, after changing the timeline himself comes to his sense.

It was good to see some older familiar faces I had seen in previous episodes of Arrow (I have seen maybe the first Season) and the emotional turmoil of some characters who realise that they are in a dream or made up world…again its only by teaming up that they manage to breakout of the shared hallucination and escape the ship.

In the end it requires time travel again, lots of fighting and clever planning from the ‘geek teams’ to defeat the Dominators and scare them off.  But they were not all killed so maybe they will return with avengeance! 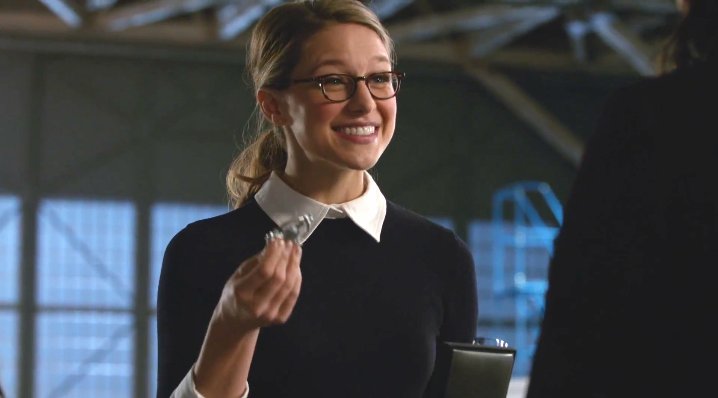 Supergirl gets given a gift…a piece of tech that lets her communicate and travel via a portal to and from her Earth…so maybe we will see more Supergirl and Flash crossovers!  Prior to this Cisco was the key to travelling between Earths…well easier than how Barry has to do it.

Doing this crossover was a good idea as it will bring in new viewers while rewarding existing ones.  I might start watching Arrow again after watching these and maybe also check out SuperGirl esp in future crossover episodes.

Theres no substitute for watching these episodes yourself so if you havent already done so check out this link: