The Bermuda Triangle is long known to be a dangerous place where ships, people and planes have gone missing to never be found again.  Lots of conspiracy theories have been given such as portals to different worlds, UFO abductions, sea monsters and black magic / demons.  It is located near the USA in an area between Miami, Bermuda and Puerto Rico: 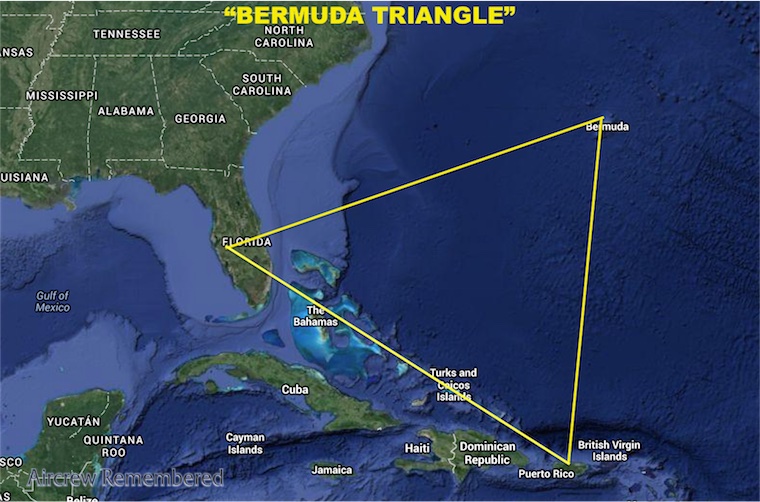 Alot of movies and shows have been made around the Bermuda Triangle.

Yes most of these theories are far fetched and a stretch of the imagination but now scientists at the Arctic University of Norway who were studying the Barents Sea think they have discovered the cause of these events.

They claim to have discovered massive craters that are about half-mile wide and 150 ft deep.

They say the cause of these craters is not meteors from outer space but methane gas explosions under the ocean.  The explosions being caused by methane gas turning from ice state to gas state too quickly and the energy of the reaction causing huge gushings up of water which could swallow up whole ships or low flying planes who just happened to be in the wrong place at the wrong time.

Well this is just one more explanation but being based of scientific fact it is probably more likely.

Whether you want to believe this or put it down to UFO abductions is upto you!

If you still prefer the fantasy element or the conspiracy theories, then check out some of these movies that feature the Bermuda Triangle: