Mirror Mirror on The Wall..

Whos The Fastest Speedster Of Them All? 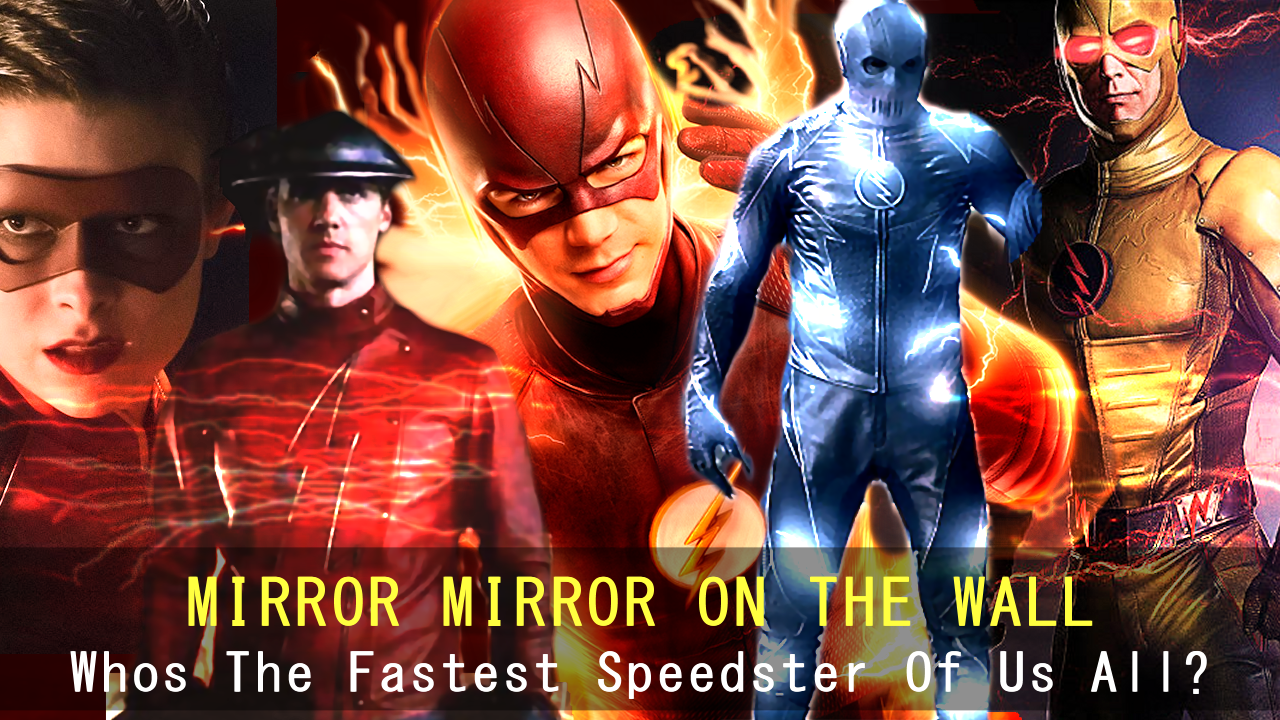 In The Flash we were first led to believe Barry Allen was the only speedster and the fastest man alive as The Flash.  But over the two seasons we have seen many other speedsters.

The first opposition to The Flash was Reverse Flash, who was actually faster than Barry but his speed was limited but power/energy.

Then we had Jay Garrett who was The Flash from Earth 2 but we learned that his super powers were not as developed as Barry’s and he had more to learn.

Now with Zoom in season 2 we learn he is a superior speedster, faster and more powerful as he has stolen speedforce from others.

Lastly we have Trajectory the first female speedster we saw in Episode 16 she was faster than The Flash but was limited by need to use Velocity-9.

Who would win in a race?

Now if all these speedsters had to race around the world, based on their powers the last time we saw them on screen, who would win and why?