How Franchising Took Over The World 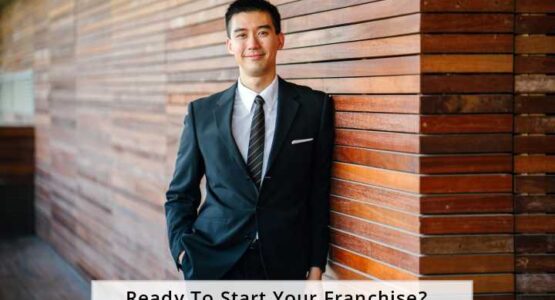 The franchising business is massive. Established brands lease the use of their names, methodologies, and technologies to hopeful businesspeople all over the world. How did we get here?

What Is A Franchise?

Boiled down to its most basic fundaments, franchising is a marketing method that exploits the power of reputation and expertise. A company with a great reputation, patented methods, and unique equipment can sell the rights to use these things to hopeful businesspeople. In theory, everybody wins: the franchiser gets to expand their business, and the franchisee receives the right to use proven branding, techniques, and technologies.

Franchising has its roots further back in time than you might imagine. In the medieval period, landed aristocrats would lease the use of their heraldic imagery and name to peasants and yeomen that did business on their land. Under the feudal system, this meant that they had to pay tithes to the landowner. A blacksmith operating under a lord’s name would benefit from the reputation that name carried, and the lord would benefit from the money paid to them by the smith.

Feudalism never really died. Modern franchise capitalism is feudalistic in some ways – not least the way in which reputation and capital are exchangeable resources. The relationship between the owner of a name and traders licensing that name is likely to always be one of the mutual benefits. If the mutuality of that benefit breaks down, then reputation will no longer be a tradable commodity.

It would be another 500 years before there were any major developments in the ways that franchise businesses operated. The industrial revolution galvanized the power of branding and corporate identity.

Isaac Merritt Singer invented the first practical mechanical sewing machine for use in the home in 1850. The potential for the company to grow was immense: Singer’s invention could massively improve the productivity of a person sewing at home. The Singer name was powerful. There was only one problem: Singer lacked the funds to produce and market his invention across the globe. The solution? A revolutionary business model: production franchising. Independent producers could buy a license to use Singer’s name, branding, and plans when producing sewing machines.

Fast Food And The Land Of The Free

Modern franchising was born in the United States of America. American culture was changing fast in the 1950s. Young people raised in an era of technological convenience demanded instantaneous satisfaction. Immigrants and servicemen who had come home from World War Two were bringing new cultural and culinary traditions into the country. The bizarre result of these combining paradigms: fast food.

Fast food companies like Mcdonald’s made their money by industrializing the production of food so that it could be served more quickly. They adopted franchise models in order to grow. Famous fast-food restaurants like McDonalds quickly developed a cult reputation. They realized that this reputation was worth as much as the taste of their famous burgers. By selling the name to hopeful restaurateurs, they were able to fund expansion and generate a global interest from businesspeople who wanted to earn a buck selling patties and buns under the golden arches.

Where Are We Now?

There are four types of franchises that are prevalent in modern markets.

All of these styles of franchise business models are prevalent in today’s market, where expansion is often achieved by the sale of an image or patented technology. Retail, food, and manufacturing industries are the main areas in which the franchise is king.

The Gig Economy And Dangerous Precedents

Franchise business works because it allows people to latch on to the reputational or technological dominance of a brand whilst retaining independence. This mechanism has given birth to something altogether more sinister: the gig economy. Companies like Uber are offering freelancers the ability to use their brand name and tech without signing contracts. Whilst this is beneficial to the employee in some ways, it also erodes traditional ethical and legal relationships held between employers and employees.