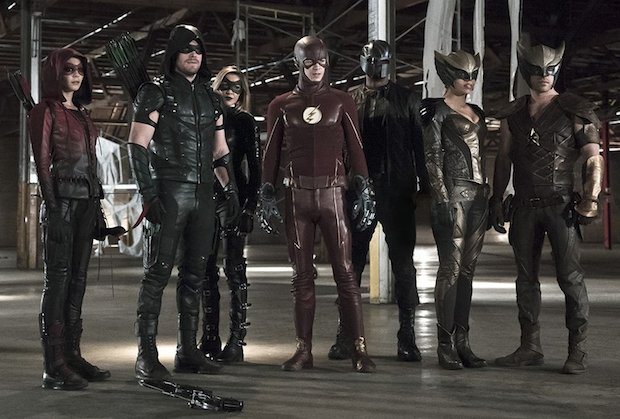 Anyone for fancy dress?

This was a spectacular action packed episode of a two part crossover.  It features Team Flash helping out The Flash with another set of characters (whom carry on their story plot in DC’s legends of Tomorrow).

We start with introduction of Vandal Savage in a fight scene.  This immortal shows us he is a great fighter and good with knives (not cooking but throwing them and killing people).  He is played by “Casper Crump” a Danish actor.  He plays the part with some good acting and manages to portray the ruthless villain who wont stop till he’s got what he wants convincingly.

Who is after?  Well we have already been introduced to Kendra Saunders the new love interest of Cisco (Vibe).  It turns out the vibe visions Cisco has from her shows that she is in fact HawkGirl, well the next reincarnation.  Savage has tracked her down and needs to kill her to gain more power.  We also see Hawkman who has come to her aid. 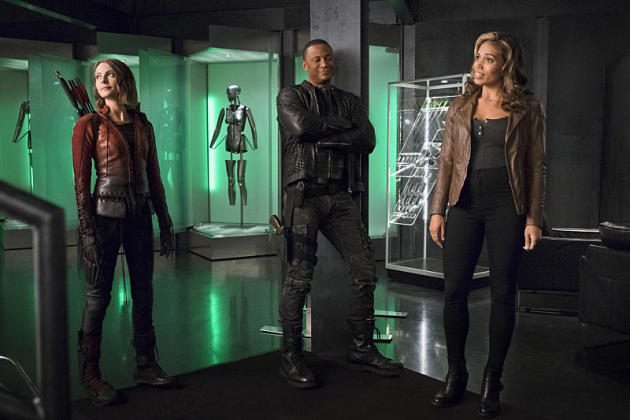 The Flash and his team realise they cant protect Kendra from Savage alone so seek help of Team Arrow. But hang on, Savage might be immortal and be able to throw knives but he doesnt really have any special powers.  He just has moves and is fast due to his experience and maybe martial arts training.  So how can he be a match for The Flash.  Surely The Reverse Flash (Man in Yellow suit in Season 1) was a more deadly foe than Savage right?  I suppose though Flash did need Arrows help to kinda take down Reverse Flash.

Well Team Arrow it seems also find Savage a hand full as he drops in unexpectedly through the window and catches both teams off guard.  We see some great fight scenes but Savage can even catch Arrow’s arrows… But he isnt fast enough for the Flash… but thats the thing The Flash doesnt attack Savage much, is he scared?

Well when the Hawk Man arrives we see the character of Kendra develop, we have some reveals of powers, Kendra finds out Cisco has powers and vice versa.  Hawk Man is taken down by Arrow and Flash and captured.  He manages to convince them that he is protecting Kendra who is his soulmate.

Kendra confused starts believing Cisco’s visions and Hawkman and tries to induce her wings into action.  She fails the first time saved by Flash. 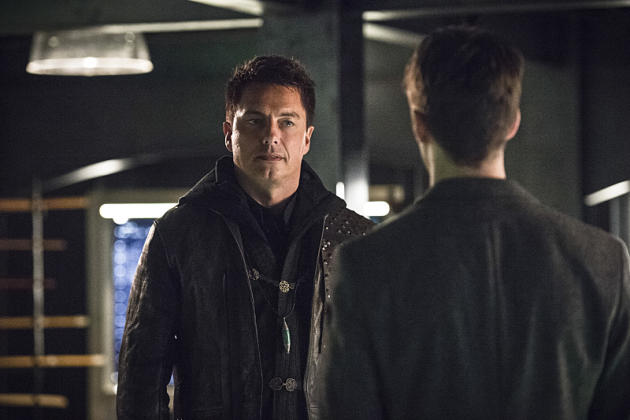 In this episode we also see that guyfrom Torchwood…  We see him in the Arrow so fans will be aware as to who he is.  But its the first time we see him in the Flash, its like an all star cast with all the super heroes, we just batman and superman to drop by and say hi.

We also see Jay (Earth 2 Flash) again as he has to return to save Harrision Wells who was shot by hot blonde cop.  I was thinking maybe he gets shot in the legs and ends up in a wheelchair for real this time…but he doesn’t he is shot but Jay takes a speed serum and uses his powers to take out the bullet.  This reminded me of the scene from The Matrix where Neo removes a bullet from Trinity.  Well it seems Earth 1 now also has a Speed serum which will possibly speed up Flash so he can take on Zoom.  Or maybe the serum will have side effects maybe turn Barry evil and into a new Earth 1 Zoom?  I think people who follow this hardcore will probably know whether this does happen or not.  But there have been several twists in The Flash so far. 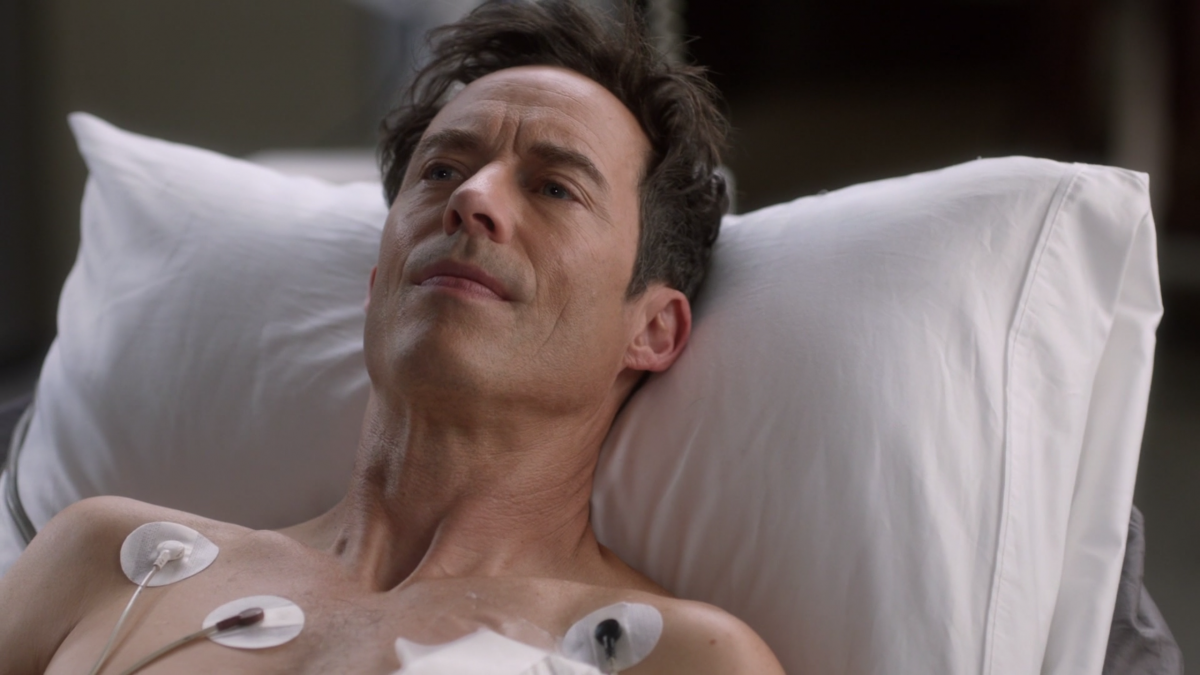 With Savage gone for a while we Flash and Arrow out of costume in Jitters.  They see a woman who Arrow seems to recognise, I didnt know who she was, but Ive read that she is an old girlfriend from The Arrow show.

So there’s a lot of action and characters packed into this episode along with some new story plots, so id watch this episode again just to soak it all in.  Compared this some episodes have been quite dull.  I don’t think Savage and the other Hawk characters are here to stay but its a good introduction.

Id like to see a crossover episode where villains from both Arrow and The Flash combine to take on the heroes.

The next episode is part two so carries on this story line.  Im sure we will see the Hawk Girl realise her powers and spread her wings… But what will happen to Savage, I know he wont be defeated as Ive seen him in Legends of Tomorrow.  So maybe he just runs off after a big fight to return again later.

Watch the trailer for episode 8 of The Flash “Legends of Today” here: