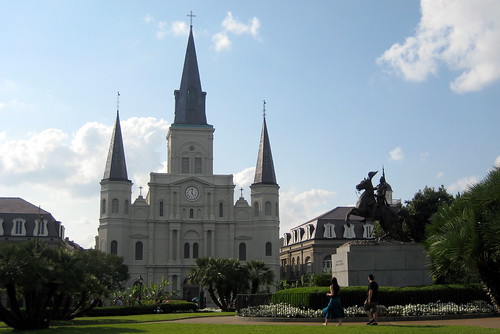 On the Place John Paul II, the promenaded section of Chartres Street stretching the last length of the park, sit three historic buildings financed by Don Andrès Alomonester y Rojas, the Baroness Pontalba’s father. The center of the three is St. Louis Cathedral. To its left is the Cabildo, built in 1795. It served as the capitol for the Spanish colonial government, then later as City Hall, and home of the State Supreme Court, and today houses the Louisiana State Museum. It was here that the finalization of the Louisiana Purchase was signed. To the cathedral’s right is the Presbytère, built between 1794 and 1813. It originally housed the city’s Roman Catholic priests and authorities, and then served as a courthouse until 1911. Today it is part of the Louisiana State Museum, housing a Mardi Gras Exhibit.

The Saint Louis Cathedral is the oldest, continuously operating cathedral in the United States and the seat of the Roman Catholic Archdiocese of New Orleans. Three Roman Catholic churches have sat on this site since 1718. The cornerstone of the present structure, designed by Gilberto Guillemard, was laid in 1789, elevated to cathedral status in 1794 and completed in 1795. In 1819, Henry S. Boneval Latrobe added the clock and bell tower. Between 1845 and 1851, J.N.B. DePouilly remodeled and enlarged the church. In 1964, the cathedral was designated as a minor basilica by Pope Paul VI. Pope John Paul II visited the basilica, on the occassion of his second pastoral visit in the United States on September 12, 1987. 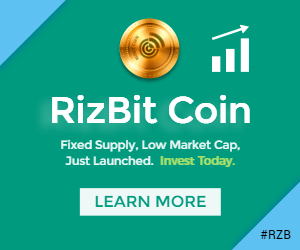 Get in early for best gains.  Click above to learn more…