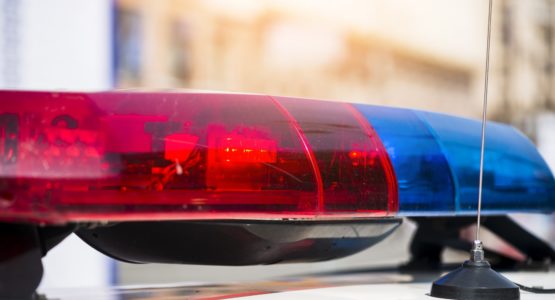 So just watched a documentary on TV that showed a high speed police car chase.  These are frequent in the UK and no doubt around the world.  High speed chases are dangerous especially in urban areas.  We see many clips where police chases end up with pedestrian casualties or damage or structures or buildings.  We have also seen lots of introduction and hype of in car technology and related to tracking of vehicles.  You may have seen some of this tech in your favourite movies like Fast and Furious.
There is no alternative as these bad guys need to be caught, to prevent them committing more crimes.  So the high speed chase will go on.
Quite often the bad guys driving the car being chased will not care about anything except escaping the police.  So anything that comes in the way will most likely be driven into….crash.
So in this documentary I saw a cop car chasing a would be criminal.  It was a sort of recreation or dummy car chase.  The were going at high speed in a rural area.  Now they were approaching a urban area and as they did the police man decided that a high speed chase could pose a risk to human life.  So he now shows us this control panel fitted into his car, a simple panel with say a few buttons.  On, off, aim and fire.
Fire?  you say?  No it wont be firing photon torpedoes or a machine gun nor even one of those Tyre spike strips.
What this new tech gadget does is it allows a police car to fire a GPS tracker onto the car in front!
Awesome.  The police car has device fitted under the bonnet at the front of the car, so they need to get behind the criminals car, line up, on and arm the device.  the device has sensor input which tells it when its in range and lined up.  The police man (or woman) can then press fire to fire the special sticky GPS tracker unit onto the rear end of the car they are chasing.
Now the police car can slow down and not do a high speed dangerous chase.  This in turn will lead to the criminal not speeding recklessly and thus makes it safer for everyone.  The criminal car can then be safely tracked from the police headquarters who can then organize interception of the car further down the line.  The car can still be pursued by the cops as they will have access to the GPS position it just means they can do it better with more planning, stealth and safety.
In a way this is like a step up from clothing tags in clothes shops that allow shop owners to know when people are walking out and stealing clothing items.
This is a good use of technology that can save lives and catch more criminals.
Heres a video i found of something similar in action, enjoy and leave your comments below.