David Duchovny and Gillian Anderson on The X-Files: Live at the Paley Center 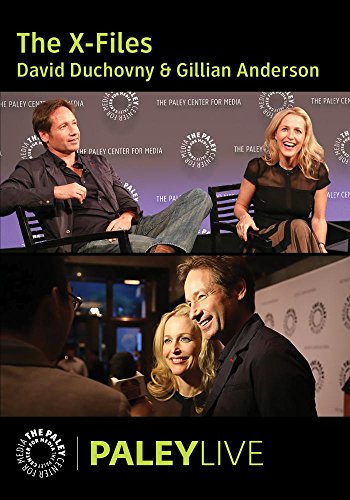 “The X-Files” at The Paley Center for Media on October 12, 2013. FOX’s “The X-Files” tapped into a new age of anxiety when the series immersed us in a mesmeric universe haunted by uncertainty, fear, and distrust, and presented two of television’s most complex and enduring characters — FBI agents Fox Mulder (David Duchovny) and Dana Scully (Gillian Anderson) — to navigate us through it.

This PALEYLIVE event celebrates the twentieth anniversary of “The X-Files,” a series of science fiction dramas about FBI agents Mulder and Scully and their investigations into “unsolvable” cases involving paranormal phenomena.

The panelists touch on such topics as: the improvised nature of the show’s “mythology”; the unique directorial and creative style of the show’s creator, Chris Carter; and recollections of working on the two “X-Files” theatrical films.

Questions from the audience then lead to a discussion of the following topics among others: the level of intimacy between the two leads; why producers decided to end the series; and how Anderson’s character was an inspiration for women going into scientific fields.