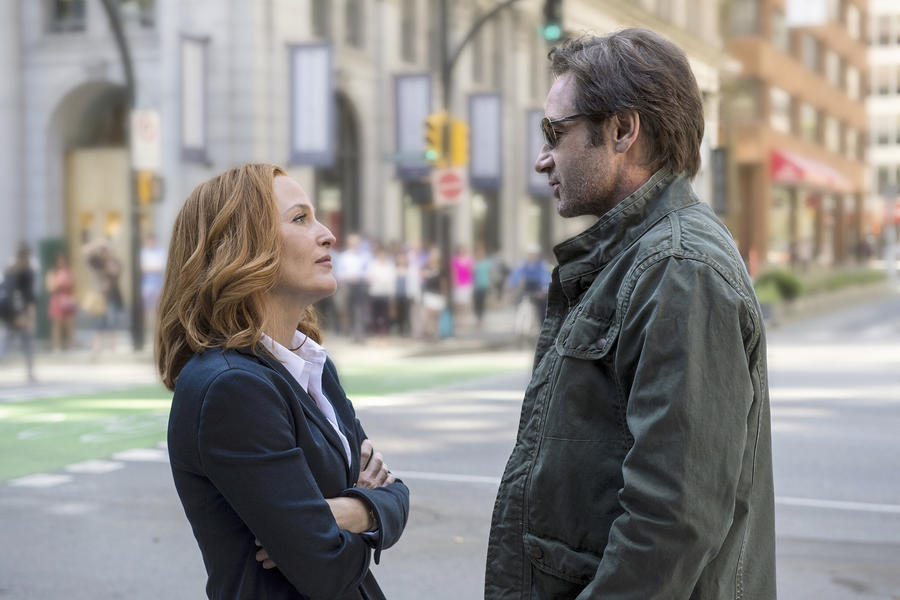 We all thought the X-Files was over.  A really popular and exciting series that stood the test of time and built up millions of followers all round the world.  The movies that followed were ok.  Well the first one was quite good and really went hardcore into the Alien Agenda.

With Season 10 we see the return of Mulder and Scully who have aged and aren’t so immature.  We have the same characters such as Skinner, Monica Reyes, the Cancer man but we dont see John Doggett.  We have introduction to two new agents working with Mulder and Skully one who is Robbie Amell (“The Flash“)

We start off with the episode carrying on with the Alien theme, but when we see Mulder and Skully they appear very different.  Not as serious about the alien agenda for some reason.  Also it seems like Mulder has gone softcore with the Alien agenda and almost stopped believing.  But after what happened in the X-Files movie this is the last thing that you would expect to see.  They should be die hard believers (by now) about the Aliens, UFOs and ET after what they have seen. 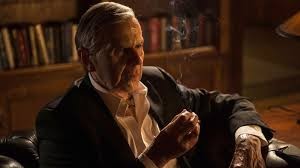 The next few episodes are the usual one off episodes with different themes.  We see episodes about monsters that hibernate 1000’s of years, super powered human experiments, flashbacks from other series and a bit about Scully’s child, who also has abilities from the Alien link, heres a breif breakdown.

Agents Mulder and Scully return after 13 years to investigate a government conspiracy at the request of a popular TV-show host Carter.  He introduces them to a woman who claims she’s an alien abductee and shares startling news with them. She however is forced to take back her claims on live TV and is herself then reabducted while trying to flee.
Mulder and Scully try to discover what may have driven an indian scientist to commit suicide by stabbing himself in the head.  They turn up to a laboratory where extreme genetic experimentation has bred subjects possessing dangerous powers.  They realise a strange sound that drives people mad and mulder himself is subjected to it.  They find the cause, but all is not as seems. 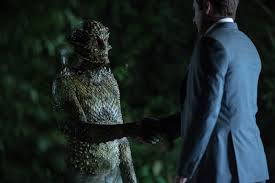 Mulder and Scully investigate a dead body in the woods with bites to the neck.  They try to determine whether it was the work of a serial killer, an animal or a mysterious creature seen by eyewitnesses which appears like a reptilian with red eyes. Mulder confronts some of his own demons.  This is a rather strange light hearted episode.
Mulder and Scully investigate the murder of a city official but all is not as seems as the murderer is no ordinary man. Scully faces deeply emotional feelings about the child she gave up for adoption.
Scully and Mulder investigate a terrorist bombing at an art gallery.  One of the terrorists survives but is in a comatose stage.  Mulder and Scully try to find ways to communicate with him to stop and prevent another bigger bombing. Unconventional methods are used and we get to see a stoned mulder.
The season concludes with the virus outbreak emerging.  It looks like one of those zombie virus outbreaks. widespread panic develops and Scully looks within to find a cure using her own alien DNA as a base. We see the Cancer man again and Agent Reyes.  Mulder confronts Cancer man who he believes to be behind it all, but does not seem to get anywhere.  Can Scully find a cure?  We are shown a triangular UFO (likely to be aliens) appearing with many witnesses and hovering over Scully.  As Scully stares up at it the episode ends.


With the last few seasons and movie focusing alot of the Alien-Government agenda, we were hoping for a lot more of a follow up, but the new season makes it out as though after the X-Files closing #Mulder and #Scully have been laying dormant.  David Duchovny is a good actor but is he doing justice to the Mulder character?  In my view he seems to be slacking off.  Gillian Anderson has aged alot since the last season and we can tell.  She still has the good looks, but her voice seems to be croaking and she seems “slowed down”.

Do you need to catch up on previous seasons of X-Files then why not purchase them as DVD box sets on ebay for really good prices, check it out here:
https://www.rizbit.uk/tag/x-files-dvd/

What are your views?  Please login and leave your comments.