Battery Power Down On Holiday 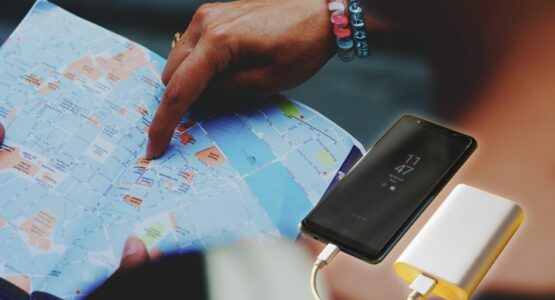 Having spent a few days out on holiday in Paris after a long lockdown and travel restrictions I had planned out sight seeing trips to cram in as much as I could.

My immediate issue was setting up roaming for all numbers on my account with my network provider. This then took almost an hour to deal with and even after this they were unable to activate roaming on the second number on my account. I then had to spend another hour the second day of the trip with them and still it was not resolved. This then resulted in a problem which meant being unable to call the second number and lost touch with the person and finding them cost 2 hours of time and lots of battery power…

If anyone has issues with setting up roaming be prepared to just opt for other solutions. Make sure people without network have your mobile number written down for emergency use. You can also buy cheap pay as you go sims at the destination airport or newsagents/mobile shops. You can also buy data only sims. But in any case dont forget to store or write down new numbers.

If you have apps like WhatsApp or Messenger you can use data only sims to call people and thus removes the need for pay as you go network sims. The data sims might actually be better and cheaper as it enables the user to use internet, GPS navigation and communication over internet apps. Be sure to buy enough data to last the duration of the trip.

Back to Battery Power…

So having spent the first day losing battery power over unnecessary calls and data usage I realised that the battery power was not going to last the whole day while out and about. The GPS app tend to suck up the power. If you have lots of notifications and other background services and app this will also shorten battery power duration. I then found myself in a situation where the phone had 2% battery power left. Good for an emergency not good if you’re trying to plan your way back to the hotel…

If you are out and about and will be using several apps on your phone, browsing and calling its crucial you have a power bank or portable charger. Also dont forget your cable!

The best way I found is having one of those universal cables that have USB A to multiple adapters such as USB-C, Micro USB and Lightning. That way you dont need multiple long cables if you have several devices like an iPhone and Samsung phone…

My problem though on my trip was that I found that the chargers, although I had them plugged in, did not charge the phone while using GPS. The rate of consumption was equal or higher than the charging rate, which meant at best the battery power level just stayed the same. To ovecome this only solutions are that you can off the phone fully to let it charge faster, close all apps and put phone to standby or opt for a portable fast charger. Although these are much more expensive than standard ones they come in handy if using power intensive apps.

Another problem on the first day was that the power bank ran out of juice…. Now this left me with 2% power and the GPS was sucking up power so I had to use my associates phone to take photos of the GPS map route back to the hotel…. If I didnt do that it could have been a costly taxi trip or being lost in a foreign city. Make sure the power banks you have with you store enough power to last however much you think you will need. If you have two devices you must use a larger volume power bank or take two with you. Another option is to opt for ones of those solar hand crank chargers which allows you to charge your phone by winding the handle on the charger. But this is a slow process and only good for emergency use as it will take a long time to increase the phones battery level.

Other Tips To Maximize Battery Power

Now this obviously depends on the device type. But most modern phones have power saving plans. They will let you see stats on battery use, offer forecast on battery power duration and offer ways to decrease power usage. You can also

While trying to find ways in real time to save power I realised I was just using at most 4 apps and there was this cool Power Saving on my Samsung phone feature accessible from the drop down features. Enabling this allows you to manually set 4 apps which are shown on the phone home screen along with Phone, Messages, Internet and Settings. So only 8 apps are accessible to you. The device then shuts down everything else even the wallpaper… So its minimal use. But having the GPS as one of the apps, Camera, WhatsApp another app was actually all I needed. And this to be honest was really good and gave that extended phone usage I needed.