I actually read and heard lot of bad feedback and comments about this movie when it first came out in the cinema.  But after watching it myself I was pleasantly surprised!

Deadpool its like Kick-Ass meets X-Men directed by the same guys who made those spoof movies like Scary Movie.  It mocks the superhero genre and expectations a few times.

The movie does not hang about with a gradual build up to the character like in Fantastic Four….Heres Deadpool, you see him at the start in costume.  To be honest the costume is not too bad, its slick and cool.  Don’t be fooled, Deadpool is NOT a superhero movie, well not as you would imagine one to be.  When we hear Henry Cavill (Superman) tell us that we need super hero movies to show how to behave and what to believe in…well that does not apply here.  There is a flashback of how he became Deadpool which is brief and to the point.

The movie is vulgar, full of gore with a touch of sex/nudity so definitely not a family movie or for the kids!  You WILL see heads being dismembered and blood gushing, not for the faint hearted.  One of the most gory scenes was when he cuts his hand off with blood spurting out in order to avoid being captured.  The fight scenes are well choreographed however what’s different is the element of humour (be it crude and vulgar at times) and it works quite well.  I think it suits Ryan Reynolds, we see the same kind of humour in Blade Trinity where he jokes in the face of ‘death’.  The best action scene/s is the final battle between ‘Team Deadpool’ and ‘Team Ajax’ where see special effects and super powers in action.

It was good to see the X-Men connection in this movie.  We dont see the familiar faces such as Xavier or Storm but we have two heroes Colossus and Negasonic who lend Deadpool a hand.  The Colossus character was great to see and the way he spoke reminded me of the Easter Island head in Night of The Museum.  I would love to see Wolverine and Deadpool in the same movie with a fight scene, with kicks, slashes and humour flying everywhere.

We are seeing this alot now in super hero movies from Marvel / DC and also int he TV series for example the Flash and The Arrow crossovers.  I think I first paid attention to this kind of thing in the early Iron Man movies when we saw Captain Fury trying to recruit Iron Man into the Avengers..

All these super heroes and their costume makes this all look like a big sadistic fancy dress party and then there is the differentiation.  I mean Deadpool’s costume is similar to SpiderMan and The Flash in a way.  I mean in the GIF above if it wasn’t for the swords on his back you could mistake Deadpool for The Flash.

Ryan Reynolds plays both the pre-deadpool character and the vigilante humoured hero quite well.  There is little serious emotion even when the love of his life is about to die….  Well maybe a character like this would need a sense of humour to cope with his disfigurement?  But see a very similar super hero X-Man Woleverine who has similar abilities and has had a rougher ride, but he is more serious.

So Wade Wilson played by Ryan Reynolds is a mercenary and former special forces who finds the love of his life who he wants to marry.  But at the crucial time of his life he is hit by the bad news of a serious illness.  He is offered a way out and treatment for his illness by a guy working for a secret program, something we have seen in a recent X-Men movie.  But he was tricked into something more sinister.  Although after his gruesome ordeal he does actually get his cure it leaves him scarred and more than just able to heal, his limbs grow back and he is more tolerable to pain.  So not a super powered hero but more an engineered mutant in the same line as Captain America.  What we see of him in the movie shows us really that he is a really skilled fighter, not super powered, but has abilities to heal.  So someone Kick-Ass might grow up to be like… 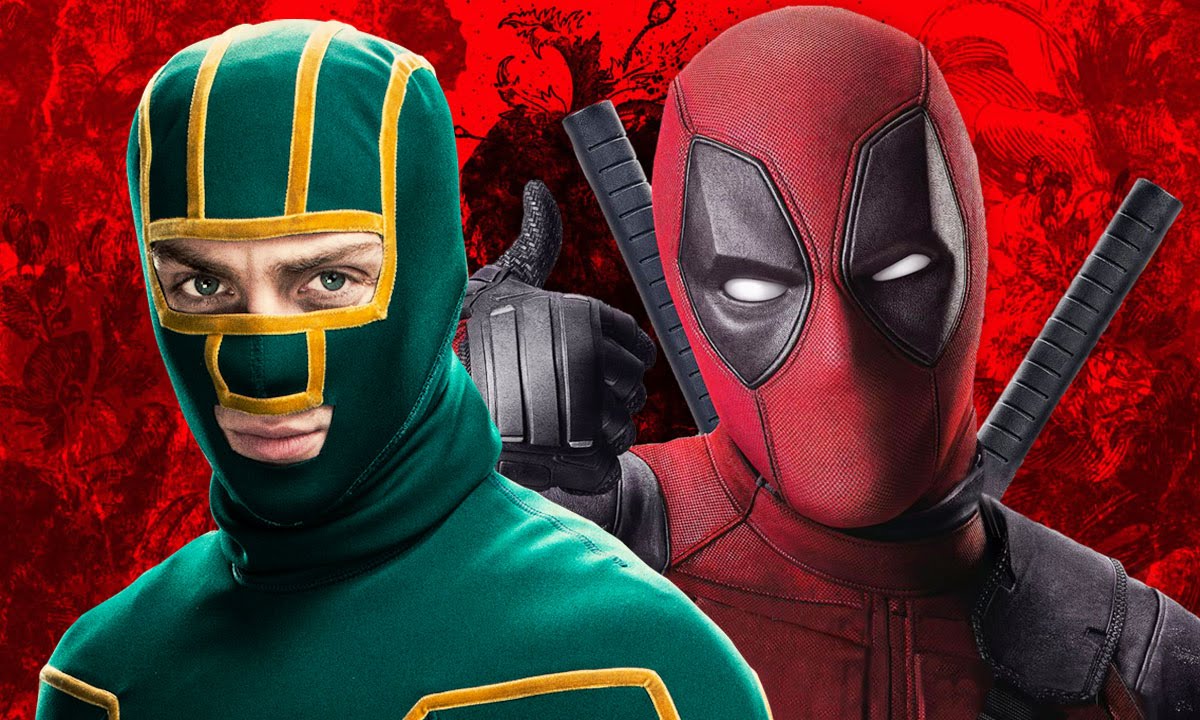 Overall this a fun but gory action movie I would watch again mainly for the fight scenes and humour, but they should have toned down the gore and made it in line with previous X-Men movies.  As X-Men is liked by kids and so they would have wanted to watch another character linked to them.