Eobard The Reverse Flash returns but is that not impossible?

The Reverse Flash returns but is that not impossible? 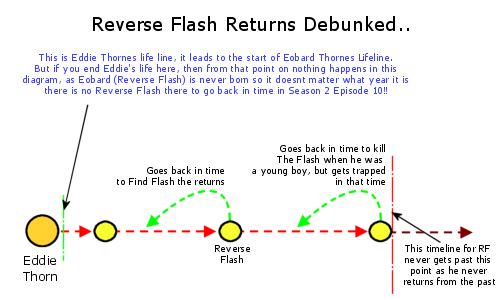 In episode 10 we see a villain  “Turtle” with a really cool really cool super power, who can actually slow everyone even The Flash down so he can pass by without them noticing!

But the really big twist and wow factor of this episode was seeing the return of Reverse Flash (Eobard Thorne)!!

But what the hell , the Reverse Flash is dead, The Flash killed him (indirectly) near the end of season 1!!

Maybe he is from Earth 2?

No but we find out he is from Earth 1! From the future and he does not know who the Flash is nor does he recognise Dr Wells who he had killed before and absorbed.

Dr Wells tries to explain how even though they killed Eobard’s ancestor in the past Reverse Flash can still exist. The explanation though doesnt make sense. 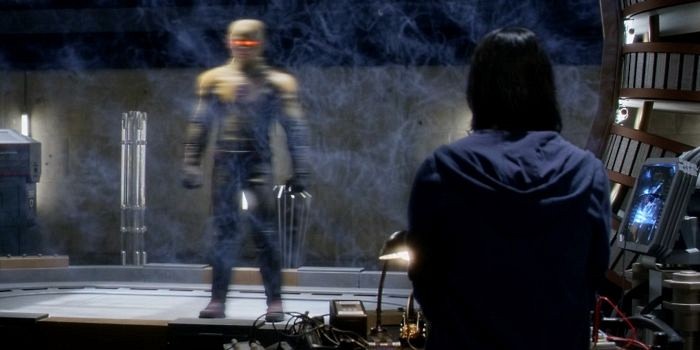 If we start with when we see Eobard in series 1 (as fake Dr Wells), he dies because his ancestor Eddie Thorne kills himself.  As Eddie dies Eobard disappears into nothing. Why because if Eddie dies then the timeline has been changed so Eobard is NEVER born right? That makes sense.

Now if we continue this timeline as we do in series 2 it means that Eobard is no more. There is no Eddie in series 2, so from that point on there can never be a Reverse Flash, he is never born.

But hmmmm, Another Eobard appears from the future and they say this is the first time he meets Flash and Wells and where he decides to kill them. But that is the flaw here. He was erased from the timeline The Flash is currently in. Eobard’s power only takes him back and forward in one timeline not parallel ones.

So to summarise: No Eddie in series 2 onwards means Eobard is never born. Eobard cant come back in time as he doesnt exist anymore on Earth 1.

The only valid explanation would be that he travelled back in time on Earth 2 (or 3, 4, 5, 6..) then went through a portal and unknowingly ended up on Earth 1.

Read more about this episode in my review here:
https://www.rizbit.uk/superheroes/flash-season-2-episode-10-review/