Are Affordable Electric Cars the solution? 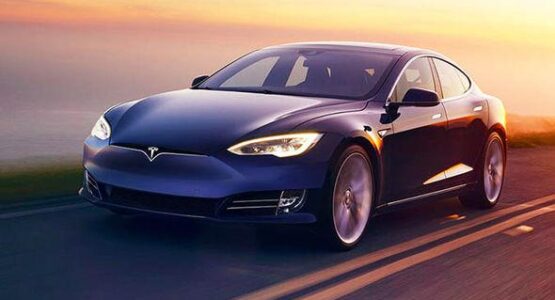 Electric cars are not a fresh phenomenon. Actually, the first-all electric car was developed in the 1830s. What’s new is that electric vehicles now complete for market share with traditional fuel models. Thanks to the latest advancements charging and battery technology, electronic cars have finally become a feasible substitute to gasoline cars.

There are a big number of advantages to electric vehicles over conventional diesel/petrol cars.

A battery electric car has a lot less moving part than a conventional diesel/petrol car. There are quite little servicing and no expensive exhaust systems, fuel injection systems, starter motors, radiators, and many other parts that are not required.

Owners of an electric car have the benefit of much lower running costs. The electricity to charge an electric car works out around a third as much per kilometer as purchasing petrol for the same vehicle.

What tech is used in electric cars?

An electric car has a battery instead of a petrol tank, and an electric motor instead of an inside combustion engine. The electricity saved in its battery powers the electric motor. When too low, the vehicles battery’s needs to be recharged by plugging it to use grid electricity, like when your phone requires charging. Similarly, plug-in hybrids come with a plug sock and charging leads so that you can charge the battery through the mains. Although they have a little capacity, these models are capable to run in electric-only mode for 20-30 miles.

Tesla may have captured consumers’ mind’s eyes with its pricey and futuristic cars, but mainstream automakers have been trying to crack the electric-car nut for a long time, with rising success as of late. These Tesla electric cars have a big range to get most people through their daily commute, along with all the specs you expect from a modern vehicle. It will take time for Tesla to compete to be one of the best car manufacturers in the world but it will depends on the speed and level on conversion from petrol / diesel to electric fuel.

What are the different kinds of electric cars?

There are 3 key types of electric vehicles, classed by the degree that electricity is used as their power source.

Hybrids electric vehicles are run by both electricity and petrol. The electrical energy is generated by the vehicle’s own braking system to recharge the battery. This is known as “regenerative braking”, a process where the electric motor helps to slow the vehicle and uses some of the power generally converted to heat by the brakes.

Plug in cars can recharge the battery via both regenerative braking and plugging-in to an external power charging outlet. In ERVs, the petrol engine spreads the range of the car by also recharging the battery as it gets low.

These cars are completely electric vehicles, meaning they are just powered by electricity and do not have a petrol engine, exhaust pipe, or fuel tank.

What are the dangers of electric cars?

Overheating and overcharging are the reason for damaging battery cells.

Electric vehicles are safer than ICE vehicles due to the lower capability of Li-ion batteries. Anyway, liquid electrolyte in battery cells can overheat with extended exposure to defective voltage regulators, improper or the alternators use of chargers. Thermal runaways can happen to lead to a fire.

The electrical system used in the electric vehicle, the electric motor, battery, and related electronic components, need periodic maintenance. Even though electric cars needed less maintenance than ICE vehicles, rejecting the need for servicing can lead to compromised safety.