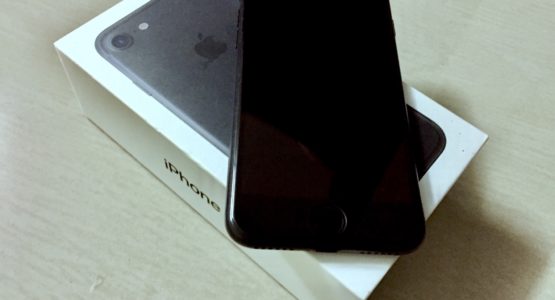 Recently I purchased an iPhone 7 off ebay.  The price was great and it came with a 12 months guarantee.  So why not.

When it came i was excited, sad as that might sound, but I have an iPhone 5s so its a 2 step up!

So opening the box, I see the phone and the first thing that comes to mind is its bigger!

So I get a bigger screen and too be honest its not that much bigger so its ok I guess.

So started charging it..

After partially charging it screen comes on and I run the setup, set the language, country etc…

I went through all the steps…

Now came the surprise for me that it.

I was expecting to have to spend like a day or so reinstalling my apps and setting the phone up, thats what ive done in the past with Android devices.

But for this iPhone it was different.  It allowed me to simply put my old iPhone 5s next to it and run an automatic phone transfer.  So just a few easy steps, authentication and a restart, I was amazed to see almost like a clone of my iPhone 5s!  The lock screen wallpaper, the passcode, the apps, app layout on the homescreen.  It even transferred the WIFI settings so I could connect to the WIFI without doing any further setup … wow.

So thats the great part..

Now i wanted to see the video and sound quality so i started a music video playing on Youtube.   Nice…compared to the 5s it was larger and sharper.

The screen turned black with a dotted white line across the centre.

I thought ok maybe some setup completed  in the background and it restarted like on Windows.

But no that wasnt it, the same thing happened a dozen times.  The phone just kept restarting by itself no matter what.  It wasnt the apps as nothing was running.

After the first few restarts now the WIFI stopped working and it would not allow me to switch it back on, so now no internet connection!

I tried a Hard Reset twice and even though it fixed the WIFI issue, turning it back on, it still restarted by itself and then the WIFI stopped again.

So I had to send it back.

Bit of a let down as the description stated tested as fully working condition.

Apart from the problems the iPhone 7 itselfs seems just like a bigger 5s to me.  I didnt get a chance to delve into new features which I will once I get another one.

To be honest I was not impressed by the new Home button which seemed to have a simulated 3d feel, unlike the 5s Home button which actually was an actual puch button.  The issue for me was that its actually more difficult to press the button especially if you trying to pull up the task viewer by double pressing.