So you want to be app developer and make some money? 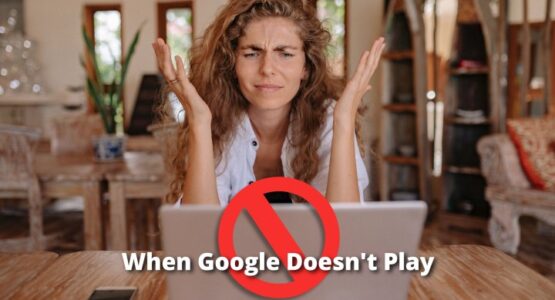 What does an app developer do?

An app developer creates a mobile app to be used on mobile phones such as Samsung, Google Pixel and iPhone 13. There are really two main OS, those being Android and iOS. However there are others like Windows UWP aswell. A mobile app developer start with an idea either his own or a clients. He /she works on app flow, screen designs, graphics and programming code to bring the concept / game to a functional product. I started coding just for the fun….. seeing the little guy running, jumping and attacking the monsters on the screen and knowing that I created that!

Game and app developement has come along way since then.

Today we have increasing security issues, dozens of third party API, different devices / OS and screen sizes so you really need to invest alot of time into developing anything.  Lot more time is then testing on different platforms esp for cross platform creations.

Before you start your next project consider whats involved and be realistic.  Can you set realistic goals?  Look into device restrictions and store policies.  Only start the project if you sure you going to finish it, unless youre just using WIPs to learn and improve.

What about working as an app developer full time?

So you want to give up your career as a dentist to take up game developement as it really excites you and you love programming.  Thats a good enough reason but bear in mind that its a very very competitive market.  Working for another company for a salary can be a safer option for a fixed income, but you’re working for others and want to start something up yourself…

You need focus and determination it really isnt easy making money from apps/games unless you know what you doing….  But there are many other important things to bear in mind….

You might then start getting somewhere!  Maybe your app/game starts bringing in some money… you start getting user reviews…  You celebrate… You get your hopes high…. you start making big plans….

But the problem is you can wake up the next day to something like this:

Now this is like someone destroying your hopes and dreams.  Its like driving to the airport for your amazing 3 week 5 star holiday to Dubai and someone deletes the airport. These suspension notices are served by Google Play, which you will know is the most popular Android app platform and if your apps not on it your missing out on potentially millions of organic installs and many other benefits.  They basically control the Android market and live by their own rules tbh and this thus makes the task of publishing with them daunting for many developers.

They will give you a reason for suspension.  In a lot of cases you might agree and it could be a genuine mistake or something you overlooked, but they will not care.

They’re not going to have sympathy, non whatsoever!

But… in some cases the supsension reason will not really be accurate, they will give a very non-specific reason with a link to a policy and then you have to play a guessing game as to why its been suspended!

Thats ridiculous you would say and I totally agree!

I mean we are not playing cops and robbers here…. its a relationship between a genuine developer who wants to share his creation with the world and an app publisher who takes a huge 30% of your profits.  Its serious, its business but you should both be on the same side as it profits both parties.  But it does not feel like that at all.  When they decide your app is not compliant it is not a pleasant experience dealing with them, it can feel like a non negotiable speeding fine even though you never went over the limit.

But rather they will say “Your app does not abide with our malicious content policy” or “your game breaches the copyright policy” which could mean many different things.  Thats just an example but ive seen many such posts on forums by app developers saying the same thing.  Then you appeal and ask for clarification about the policy breach but then get fobbed off with template emails.

Developers are humans too!  They can make mistakes, any other develepor knows its not easy to code, i mean setting ONE variable to TRUE instead of FALSE can crash an entire game… but youd have to spend hours debugging sometimes to find this…. its not easy sometimes.

The problem with Google is that once your app is suspended you might as well kiss it goodbye….. In most cases appeals wont work, they will just get you more frustrated, unless you’re a big rich company in which case they will make exceptions.  The worst times are when you have double checked your app for compliance 10 times over but they still suspend it.

This has happened to me early last year….. I spent months appealing, trying to get clarifications and even hired a solicitor to contact Google but nothing helped to reinstate the app….

You can see more about this in my video here.

So what options would you have:

1 – Make a new policy compliant version of your app and then resubmit it:

Now Google Play will advise you to do this, but then this means you will have a policy strike on your account and have to accept the app suspension (even if you know its wrong).  Also when you make a new policy compliant version you’re taking a significant risk when resubmitting it because in most cases Google will not have told you specifically what was wrong with the app that led to suspension..  So you’re going to take an educated guess and fix that, but that might not be the problem and then youre buggered.

If your first appeal didn’t win, you might aswell give up unless some spectacular supporting evidence has been found to help you.  In terms of taking Google to court, im not sure, but I would say unless your rich and got strong backing its not going to work… Google have their own in house lawyers, its going to cost you and you will need solid supporting evidence and even then they can just hit you with some line quoted from their terms of service which you didnt read.

3 – Forget Google, use other app stores:

Yes you can do this, maybe just stick with iOS and Apple App Store… they have a stricter review process but atleast with them you can discuss things maturely over the phone, you can negotiate, they do listen to you, they less likely to just leave you hanging and fobbing you off.  But if you just an Android developer then you do have the option to publish to say Amazon, Huawei, Samsung App Store but believe me your apps /games are not likely to get even quarter of the amount of organic installs youd get on Play.  Also as your apps not on Play advertising it via ad networks is going to be impossible….

Just stick to HTML5 or Windows/Mac desktop games.  This is a good option if the app / game is suitable for desktop.  Even then you might have to do lot of recoding to convert from mobile to desktop, like controls, screen sizing and extension compatibility.  The good thing is obv then you dont have to worry about app store policy compliance, but will still need to comply with GDPR, Coppa and other law.

So you still want to be an app developer?

To conclude I would have to advise that its not going exactly be a fun and thrills ride working as an app developer. However it can be rewarding especially when you solve a bug or when you see your final app or game, or when you see other leaving it good reviews. Its one of those jobs you really need to be passionate about and enjoy other it becomes too stressful, mundane, repetitive. Like with all jobs / careers you should always do some research before hand, work as an apprentice or follow some online tutorials or courses. Be aware of what is on offer in terms of work and you are happy doing, do you want to work as an online freelancer, work on private contracts with companies, work remotely or work for an established IT company.